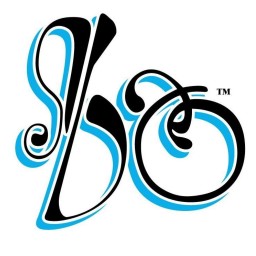 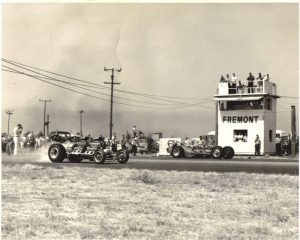 The next time your shopping at Pacific Commons Shopping Center you might feel a slight rumble under you feet..It’s not the Hayward Fault..

It’s the ghost of Fremont Bayland’s Raceway…..20 plus years after the last dragster crossed the finish line…

In the late 1950′s, Fremont’s own Ron Lawrence  with support of local Washington Highs School auto shop teacher Vern Eichner “…partnered  with several local area individuals to propose the construction of a quarter mile dragstrip that would be located off Durham Road next to the Fremont Sky-Sailing Airport and West of the Nimitz Freeway. Interest in the sport was soaring,”1 the car culture of the 50’s needed a place to let there speed out and “…despite the presence of other tracks in the area, including Half Moon Bay, Cotati, Vacaville, and Lodi, another track would be a warm welcome to the infantile but fledgling sport…”1 and to a new city as Fremont was incorporated in 1956.

“As with any racing venue, receiving the permits for the project was a struggle for Lawrence and company, but once finalized, two perfectly straight paved roads measuring 3/4 of a mile long appeared on the site of an abandoned air field that served as an auxiliary landing strip for nearby Moffett Naval Air Station during World War II.. Amenities like grandstands, concessions, a timing stand and announcers tower, and ticket booths were then added and Fremont opened for business in 1958.” 1 “The thousand of racers and fans that poured into the facility was a huge boon to the area economy and more importantly, it virtually eliminated illegal street racing in Fremont. From the outset, the Fremont Drag-strip was the site of world record performances by the likes of “Big Daddy” Don Garlits, Don”The Snake” Prudhomme, Art Malone,Connie Kalitta,Shirley”Cha-Cha”Muldowney and others. It was said by many top racers that visited the track that the low humidity air in the nearby San Francisco Bay area helped them to attain incredible speed numbers.” 1

As a child of the “Baby Boom” riding your bike to the drags with 10 of your friends and “haranguing” the ticket taker to let you in for free could make your weekend…if not you stood on your bike and watched through the fence,either way it made your weekend.

While the nationally known drivers brought fame to Fremont, it was the weekly grudge racing, offering a safe and controlled environment for former street racers, that was the real heart and soul of the track. All one had to do was show up, sign up to race, pass a simple safety check, and you were ready to race.My mom’s 69 Kingswood Station wagon tore down the track soon after I got my drivers license.

Fremont operated until November of 1988, then under the name Baylands Raceway Park, and after its closing, the site remained  a vacant lot…

And then progress came…

Catellus Development Corp. presented a plan to the City Council in September 1996 to “transform a crusty, flat expanse of cow pastures and wetlands into one of the Bay Area’s largest business parks.” A later map showed the former drag strip and former glider airstrip within the proposed project boundaries between Auto Mall Parkway and Cushing Parkway. A local writer noted, after council approval, that “Catellus Corp. has been given the go-ahead to develop one of the Bay Area’s largest business parks from the vast, scrubby tract of flat pastures and cracking concrete where Fremont’s drag strip and glider airport once operated.” After 12 years of wrangling, Fremont Drag Strip was slated to become part of the Pacific Commons complex development.

And so as progress developed the street racers are back illegally racing on streets and another shopping mall exist..

at least we have a In&Out Burger now!

The attached media and written content is attributed to Andrew Wolf of Dragzine Magaine and other “LocalWiki Contributors,” and the map attribute it to “© OpenStreetMap contributors”.

Subscribe to our newsletter to keep up with the latest trends!